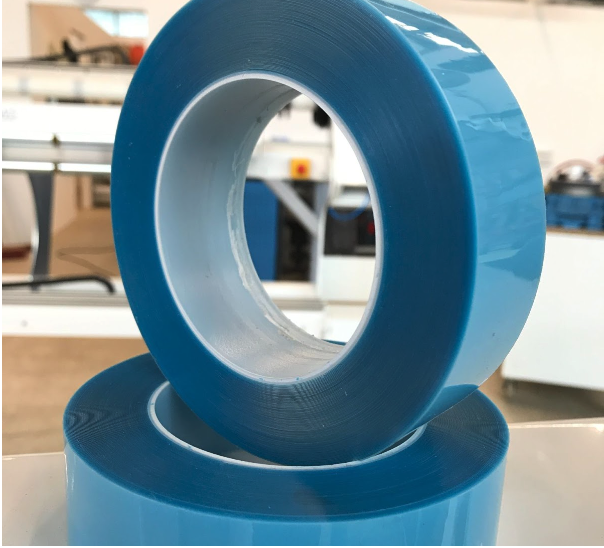 A clean cut edge is the most important thing when slitting off films on a roll. But how do you achieve that? Here are some recommendations for daily practice.

Slitting like a pro – it’s not that hard. Once you have understood a few basic connections. In this episode of our slitting series, we take a closer look at seven parameters. They have a major influence on whether the cut edge frays, the roll is crushed, whether dust or adhesive residue forms – or not.

The following is about these topics:

A higher rotation speed is not always the better choice. The faster the roller rotates, the more often the knife will pass a spot that has already been cut. This creates more friction, thus more heat and tends to create more dust and more fringes as the knife keeps scraping along the material that has already been cut. But: the slower the roller is turned, the less torque the motor develops – until the point is reached where the blade can no longer penetrate through tough material.

Our recommendation: A good middle ground for NEPATA slitting machines is a setting of 50 to 70 percent of the maximum speed.

2. Rotational speed in the medium: high control instead of high pressure

Of course, you have to apply a certain amount of force. However, you must never push the slitting unit down too hard. That would crush the material. In addition, the blade can even bend with great forces. This would contribute to fringing. However, if you are too timid and do not have a firm grip on the stop lever, you run the risk that the blade will wobble when it comes into contact with the roller and thus destroy the material.

Our recommendation: Leisurely pressure with high control over the slitting lever. This requires a strong hand, not necessarily a strong downward pressure. If you notice that the whole thing starts to falter, you have to increase the rotational speed a bit so that more torque is available. A medium, brisk speed is recommended for many media (flock film, flex film, laminating film), and a slower speed for other materials (e.g. magnetic films, reflective adhesive films). Tests and experience are required here. 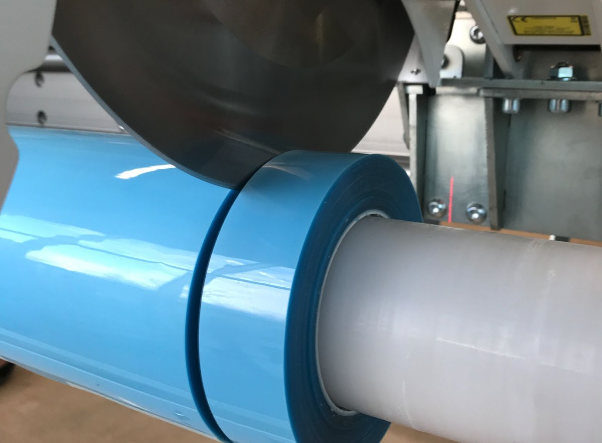 As a rule, slitting with a moving blade is recommended, i.e. it rotates passively on the material. This creates less friction and therefore less heat in the medium, the cutting performance is evenly distributed over the blade. However, there are media that cannot be cut with a moving blade, e.g. adhesive foam films. In this case, the blade of the NEPATA slitter can be blocked. The upright blade ensures greater cutting power in the system. However, there is considerably more friction. Again, this generates heat and the adhesive can smear.

Our recommendation: With small diameters, the problem with the vertical blade is not so noticeable. Large bands that require a vertical blade should remain the exception with this type of slitting system. Do not perform too many operations in a row here. In between, the blade can be rubbed clean from time to time by cutting a less demanding film or an empty cardboard tube. In addition, the blade position should be changed every now and then so that it isn’t always cut in the same place. 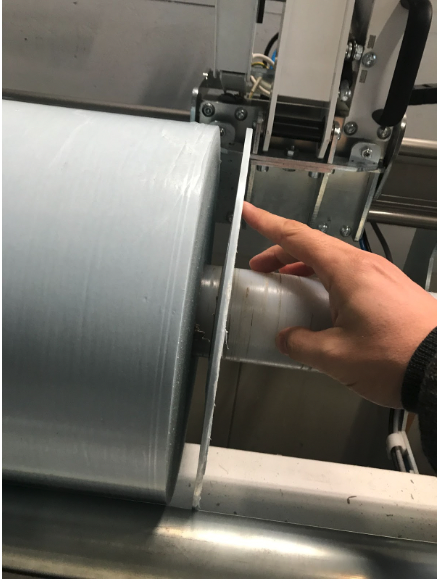 Lubrication is very important in cutting with many media. It reduces friction and thus heat generation. Less adhesive residue is built up on the blade. There are not only oil-based lubricants, but also water-based ones. These are useful if you are concerned that the silicone may damage the adhesive strength of the film. With the automatic flange lubrication system developed by NEPATA, very small amounts of lubricant are sufficient, so that we have not yet had any negative experiences here in daily practice.

Our recommendation: Use lubricant wherever possible! 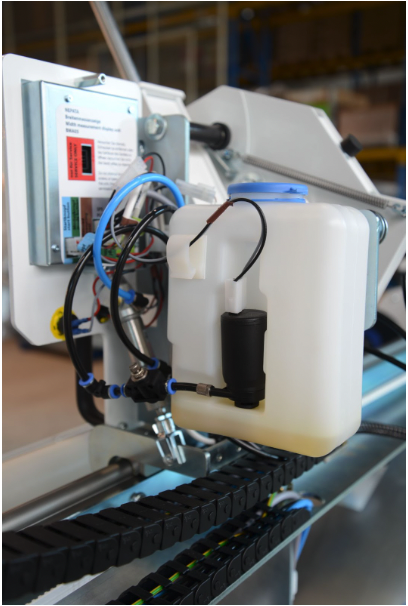 5. Blade temperature: when in doubt, take a break

Each cut increases the blade temperature. If a large number of cuts are made in rapid intervals, the blade may become so hot that the cutting pattern is impaired. More and more adhesive can escape from the cut edges of the film, up to the point where the individual layers melt.
This is more likely to happen with tough materials, especially when the blade is used in an upright position. In extreme cases, the blade may be deformed. However, we are talking about hundreds of fast cutting processes, e.g. in the production of very narrow strips.

Our recommendation: Give the blade a break after several cuts so that it can cool down sufficiently.

6. Ambient temperature: lubricate a lot when it is hot

Most films are more difficult to cut the higher the general temperature or the temperature of the medium. This is particularly true for adhesive films: adhesives change their viscosity when exposed to heat and smear more easily. This is especially important for non-air-conditioned rooms in the summer, when it can be 35 degrees Celsius in the hall.

Our recommendation: Slow down a bit at higher ambient temperatures and always lubricate carefully.

7. Winding tension of the medium: it’s better to wind it again

The winding tension is of very great importance. Loosely wound media with loose, sliding windings are generally much more difficult to slit than tightly wound rolls (or linerless media). The loose windings cause undulation between the layers. This displacement results in one hundred percent fringe formation. But be careful: windings that are too tight are also problematic, as the roll then becomes too compact to be able to cut through the individual layers at all.

Our recommendation: If such material comes to the machine, it is better to rewind it properly. Winding on a NEPATA machine under controlled web tension ensures that the winding tension is perfect for beautiful slitting results.

Extra tip: Training and video “slitting like a pro”.

Of course, there are other parameters that have an influence on whether the cut edge will be clean or whether there will be problems during slitting. If you want to turn your employees into true slitting professionals, we are happy to offer training on NEPATA slitting machines and conversion centers with slitting units. Or you can watch our video “slitting like a pro”.

More know-how about slitting can be found in this video

Previous articles in our slitting series:
#1 – Which blade for which purpose
#2 – Beware, sharp! The right grinding