This first of its kind invention avoids plastic waste and its expensive disposal: The delaminating machine separates the film from the backing paper of self-adhesive films. In this way, recyclable, unmixed PVC can be obtained from defective film media. During the manufacture of self-adhesive films, the coating process, waste material is created. Previously, the faulty film rolls required expensive disposal, because the bonded plastic and paper can’t be recycled. The Nepata DL1650 film separator is the worldwide first machine to facilitate automatic delamination: It separates a 50-meter roll in around two minutes. Rolls of up to 350 mm in diameter and 1,650 mm in width can be processed.

The DL1650 separates the layers and rewinds PVC film and kraft paper individually. At the film side, this process is coreless, whereby pure material is generated. The developers paid particular attention to ergonomics and operator safety: Only one person is required for equipping and operating the machine. This person can conveniently load the film roll from below, for example by using a lifting device. At the end, the machine automatically swivels off the separated materials and pushes them out laterally via a roll conveyor.

From there, the recovered recyclables can be ergonomically removed. A laser scanner gives a warning should a person inadvertently enter the hazard area during operation. During setup, the expansion shaft is moved by a foot switch in a safe mode. The film separator was developed individually for a German film manufacturer. There it is in 24-hour operation. 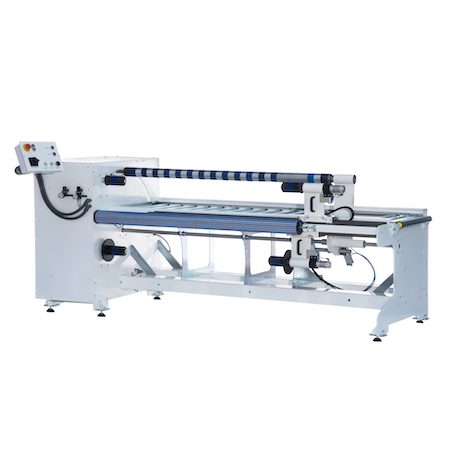 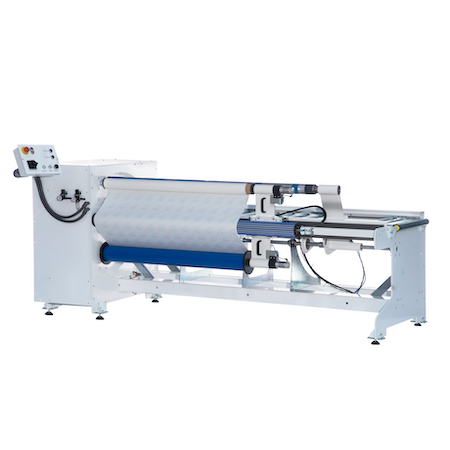 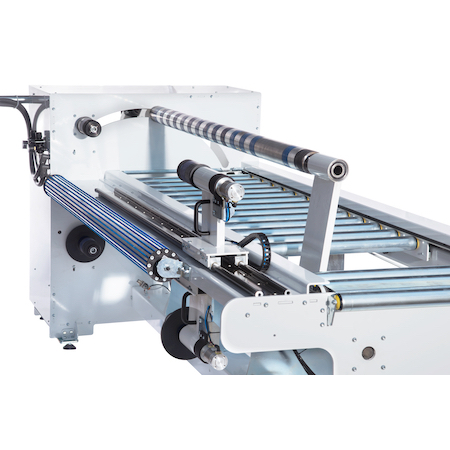 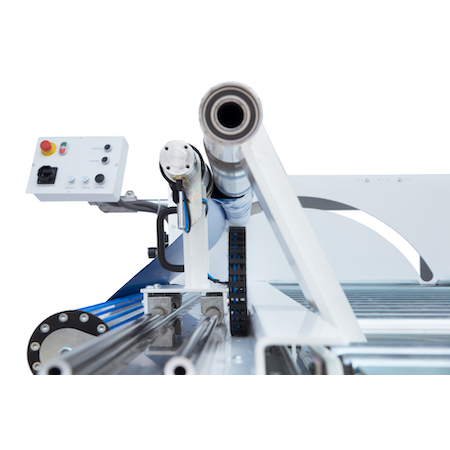